A second lazy day on the Danube River. A line of letters run up and Down my brain. A puzzle. A riddle. An anagram…. 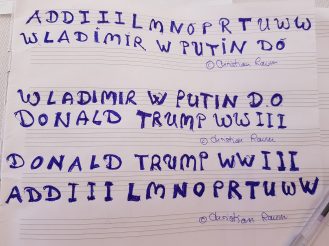