It is a Criss Cross Ferry Cruise around Skagerrak and Kattegat with Oslo as final destination. I shipped over from Świnoujście to København across the Baltic Sea and cycled  happily through Denmark’s fog and mist and clouds and rain…. pls click on the pictures to read more **cklckclickclack**

Świnoujście: On board the København ferry. Ship being loaded. My criss cross ferry cruise to Oslo and back home started right here. 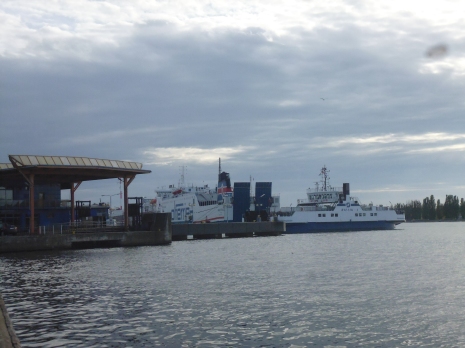 Leaving the harbour sailing out to Baltic Sea. Time for a beer and and a ciggy and some friendly chats.

On sunny days København is known as colorful and lively city. But sometimes it rains harder than in other places… 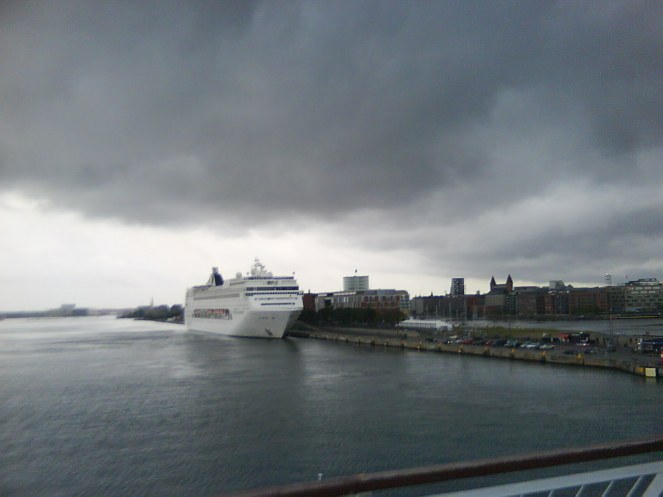 It started to rain when we reached København and as I remember it did not stop until three weeks later the ferry to Oslo was unboarded.

„… it was not long before she saw a young girl approach the spot where the prince lay. She seemed frightened at first, but only for a moment; then she brought a number of people, and the mermaid saw that the prince came to life again and smiled upon those who stood about him. But to her he sent no smile; he knew not that she had saved him. This made her very sorrowful, and when he was led away into the great building, she dived down into the water and returned to her father’s castle…“ (http://www.gutenberg.org/)

„She had always been silent and thoughtful, and now she was more so than ever. Her sisters asked her what she had seen during her first visit to the surface of the water, but she could tell them nothing. Many an evening and morning did she rise to the place where she had left the prince. She saw the fruits in the garden ripen and watched them gathered; she watched the snow on the mountain tops melt away; but never did she see the prince, and therefore she always returned home more sorrowful than before…“ (http://www.gutenberg.org/)

Strange enough i took four photos only when I visited København first time. From there on I cycled Northwest … Denmark is made of islands and water and ferryboats for traveling. This ship ferried us over the Roskilde Fjorde… 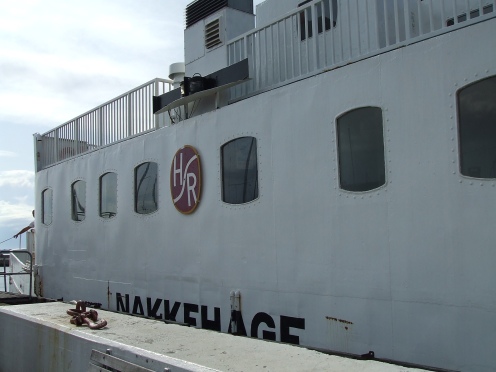 …. why not here? The painting in the castle’s hall shows Gustav II. Adolf, King of Sweden on November 16th somewhere close to the town of Lützen. Gotten lost on the battlefield the King was surrounded by Austrian troops and being shot several times into chest, back and head. The painting shows the tragedy unfolding.

Next morning, next ferry… boarding in Sjællands Odde’s harbour to criss cross over to Øerne on Danish mainland.