Letters to the opposite side of the Silkroad

Sure you remember me telling you some unsorted blah about Tycho Brahe, Mister Moustache, Master of Uraniborg Castle.

His star observatory and his alchemist laboratory were erected and ran on Hven Island.

Hven island was well known in ol’England. And not only coz of magic and science. But also for trade and economy  reasons. Indeed Hven island was considered as last stop for spices, coffee, sugar, silk and tea brought from Fareast via Europe to England. Before taken over to the London and Edinburgh markets and warehouses taxes had to be paid here.

Danish and Norwegian troops were sent by the King to destroy Hven Fortress in the 1288. That’s how Baltic Venetian’s luck ended.

But Hven continued to play a major role as bearing point for English and Scottish vessels within the Baltic Sea. The captains and sailors called the waters “Venetian Sea”.

In 16th century an offer was sent by Elisabeth I, Queen of England to the Danish kings to take over the tiny rock offshore Copenhagen. Enough silk to cover the island was promised in return.

Never the less Earl Tycho and Tiny Ven received their place in English culture, theatre and storytelling. Every day and in various places around the globe Tycho Brahe is being quoted by Hamlet; saying:

Doubt thou the stars are fire,
Doubt that the sun doth move,
Doubt truth to be a liar,
But never doubt I love.

I got some pictures, too….

A monument for Hven: The Cover of Keppler’s „Rudolphinische Tafeln“ shows the Island of Hven as fundament of astronomy science 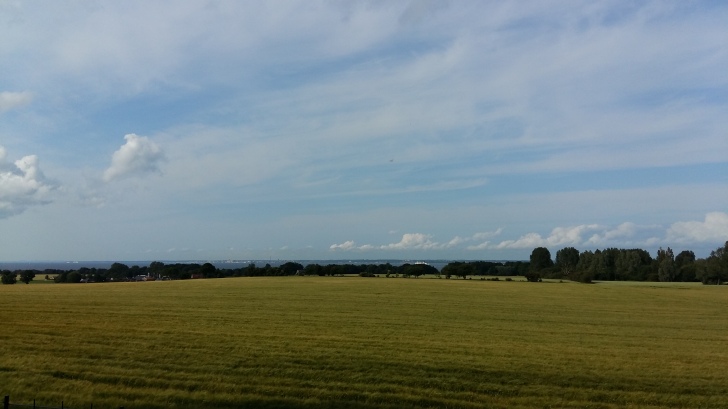 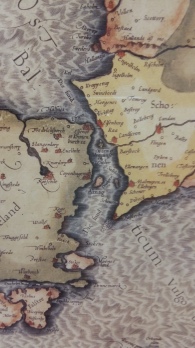 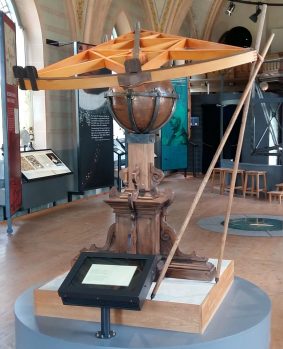 The Star Observatory was built under earth

tool for star and sky measure