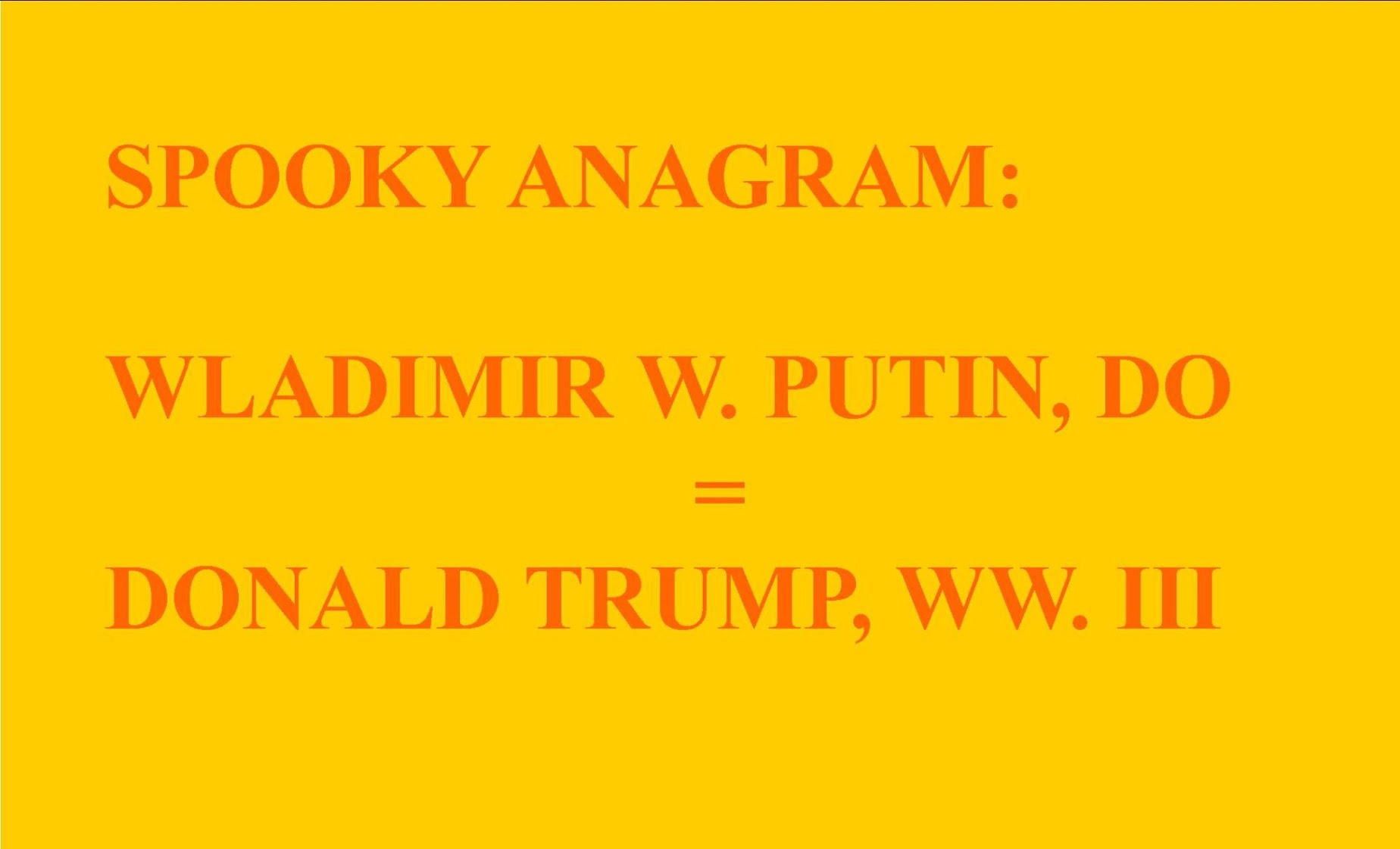 30 years ago or so. Imagine Mr. Putin sitting in his KGB-office in the German city named Dresden, thinking about how to take over the World. He found this letters maybe a go start:

These 16 letters are looking alike randomly chosen. But they maybe not. They may be considered as a code … as a key or a link between two of world’s most powerful leaders.

..spooky ehhh?… if thing get shitty, we only just started. … I wonder what you make of it.